One of the founding members of Savannah Children’s Theatre, Jenn has worked with SCT since its inception in 2003. She founded and currently directs SCT’s Dance for Musical Theatre program, teaching many levels of jazz,  tap, ballet, and contemporary dance. She has provided choreography for most of SCT’s Main Stage and Junior Company productions, including Joseph…Dreamcoat, Disney’s Beauty and the Beast, Peter Pan, My Fair Lady, Seussical, and most recently, 42nd Street. Jenn also directs SCT’s highly successful Let’s Put on a Play field trip program, which has brought the joy of live theatre to over 67,000 Georgia and South Carolina students, and continues to be one of the state’s most popular and affordable performing arts field trips.  A makeup artist as well, Jenn’s work can be seen in More! Magazine, Adventure Girls Magazine, Food Network, and other corporate publications.  She would like to thank her wonderful husband, daughter, and parents for supporting her “theatre phase,” and God for making it all possible. 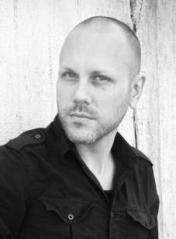 Christopher Blair is a native of Asheville, NC  and a 20 year veteran of the Savannah theatre scene.  He is Co-Director of SCT’s Creative Dramatics II class, Art Director for SCT Summer Camps, and has been a member of the Field Trip team since 2010. He is a member of The Collective Face Theatre Ensemble, and has been voted Best Local Actor three times by the readers of Connect Savannah.  He has starred in many shows, including The Pirates of Penzance, Pippin, Into the Woods, A Little Night Music, Hay Fever, Anything Goes, My Fair Lady, Twelfth Night, A Midsummer Night’s Dream, The Rocky Horror Show, Hedwig & the Angry Inch, Cabaret, RENT, Shadowlands, and Sweeney Todd. He has also played the roles of Pharoah in Joseph….Dreamcoat and the title role in Willy Wonka at SCT.  Christopher is grateful for the thriving and diverse theatre scene that exists here in Savannah. He is also grateful for his partner, Travis, for his love and support. 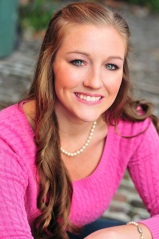 Carmel Grace Cowart, Creative Dramatics I Director –
A native Savannahian, Carmel started performing at age eight through her school’s drama troupe, where she discovered her passion for the performing arts. While obtaining a B.A. in Theatre at AASU, she also discovered that she was equally as passionate about teaching children.  Carmel has been working with Savannah Children’s Theatre since 2008, Directing and Stage Managing productions for Summer Camps, Kids on Stage shows, and Creative Dramatics II classes, as well as performing on the Field Trip team. She is eternally grateful to Kelie for her excellent mentorship, friendship, and encouragement as she (and so many others) have welcomed Carmel into the SCT family. Now, in her sixth year teaching at SCT, Carmel says she couldn’t imagine her life without this amazing place and the many wonderful people that she gets to experience her theatre life with, through all the magic and purple glitter. She would like to thank her loving husband, Tyler, and joyful son, Daniel, for all their support, and lastly, recognize that none of the incredible blessings in her life would even be possible if it weren’t for the Lord’s incredible love, grace, and provision.

LeeAnn Kole, SCT Board President –
LeeAnn grew up in Northern Virginia and moved to Savannah over 20 years ago after marrying a native Savannahnian.  The mom of three children, LeeAnn is also a photographer who loves shooting landscapes at Tybee and the surrounding marsh areas.   LeeAnn got involved in the theatre after her two older children decided to “move in” to SCT and she found herself spending countless hours a week in the lobby.  Not one to sit around, she became a volunteer and has never left.  Currently the President of the SCT Board of Directors, LeeAnn has watched the theatre grow and is grateful that her kids chose an activity that is air conditioned and has no bugs.  LeeAnn is also the President of Rambam Day School and serves on the Union Mission Board of Directors. 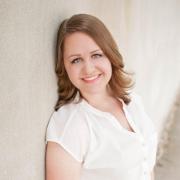 Lauren Baxter is a native of Mableton, Georgia, a suburb of Atlanta. She graduated from Armstrong Atlantic State University in May of 2012 with a B.A. in Theatre. She began working for SCT Let’s Put on a Play field trips in 2012, and became the Assistant Director of the Creative Dramatics 1 class in March 2013. As well as being a teacher, she is a performer. At SCT she has played Gertrude in Seussical, The Queen in Cinderella,  Bird in A Year with Frog and Toad, Henrietta in Honk!, and Alma in The Music Man, as well as performing in two shows with The Historic Savannah Theatre, most recently Les Miserables in August 2013. She is overjoyed to be a part of the Savannah Children’s Theatre family and is thankful everyday to be teaching children and doing what she loves. 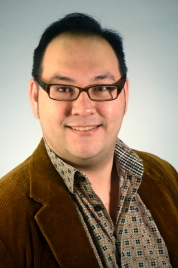 David I.L. Poole, Volunteer Costume Designer & Tailor
David hails from Upstate New York where he began his theatre career. He is a proud volunteer costume designer at SCT where he has designed several costumes for shows including:  JOSEPH…. DREAMCOAT, R&H CINDERELLA, and WILLY WONKA.  When not helping SCT, he is a Professor of Theatre and Technical Director at Savannah State University. He is a founding member of The Collective Face Theatre Ensemble and has directed/designed several of their productions. Recent works in Savannah include; EQUUS, Pride and Prejudice, Salome: Parlor Play, What the Butler Saw, No Exit, Angels in America Part I, Brighton Beach Memoirs, The Glass Menagerie, The Swan, Frozen, Enchanted April (Collective Face), Flight, Frankenstein, Flyin’ West, The Lady Aoi, Pericles (SSU), Poof! (SCAD), ‘night Mother (Cardinal Rep), Nora (SSU), Tick, tick…BOOM! (SCAD), and Into the Woods (Asbury Memorial Theatre). He holds a BA in Drama Studies -Purchase College, and an MFA Interdisciplinary Art-Goddard College. He would like to thank his friends and family for all their support in his theatrical endeavors.

Maggie Lee Hart – Creative Dramatics II Co-Director –
Maggie holds her MFA in Performing Arts from SCAD and a BFA in Musical Theatre with a Minor in Dance from Webster Conservatory in St. Louis MO.  She is Co-Director of SCT’s Creative Dramatics II class and is an instructor with the Field Trip team. She has also Directed, Choreographed and been Musical Director of SCT’s Summer Camps. She is a Charter Member of The Collective Face Theatre Ensemble, performing in their productions of Suddenly Last Summer, No Exit, Angels in America and The Glass Menagerie. Other credits include Joseph…Dreamcoat and Les Misérables (Savannah Theatre), Into the Woods (Asbury Memorial Theatre), The Heidi Chronicles and Urinetown(St. Louis Rep). She is a founding member of the Isidore Newman Summer Conservatory  in New Orleans, LA as Acting Instructor and Director from 2009 to 2012.  Being voted by the readers of Connect Savannah as Best Local Actress of Savannah in 2011 and 2012, with a runner-up in 2013, she would like to thank those who support SCT and encourage the growth in young performing artists and to her fiancé, Jose Ray, for his continued inspiration and contribution to the local arts as well. 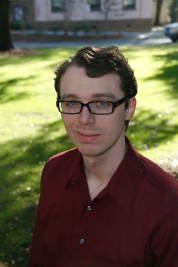 Timothy Reynolds is a Savannah native that has taught at the Savannah Children’s Theatre since 2010.  He attended the Savannah Arts Academy to study theatre and graduated in 2003.  He graduated from the University of West Georgia with a BA in Theatre Arts in 2007.  He has performed on stage in Atlanta, Savannah and North Carolina.  Favorite productions include Les Miserable (2003), Noises Off! and And Then They Came For Me: Remembering the World of Anne Frank.